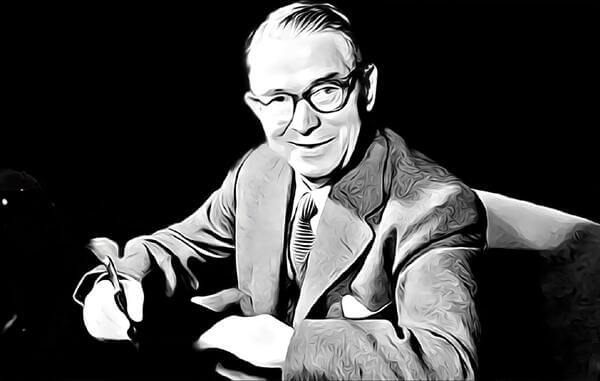 In this success story, we are going to share Ole Kirk Christiansen biography and the history of LEGO, a great Danish toy company that he founded. Ole Kirk was the inventor of the most popular construction set in the world. Enjoy reading a story about inventions, trials and failures, and brilliant success.

LEGO is one of the most famous brands in the world of toys. It is even more famous than Hasbro and Barbie doll. But few know that the Danish company began its history as a general producer of wood products. And the first LEGO toys were entirely made of wood.

However, the company was able to grow to such size that many counterfeiting companies copy its famous constructor sets nowadays. As Seth Godin once said: “If your products are replicated, it means you’ve done something really great.”

Childhood: It All Began With Wooden Toys

LEGO history dates back to 1932 when Ole Kirk Christiansen (April 07, 1891 – March 11, 1958) founded the Danish company to produce goods for daily use. Ole Kirk was born in the Filskov village, located between Sonder Omme and Give in Central Jutland Denmark. He was one of 10 children in his family. His father’s name was Jens Niels Christiansen, and his mother’s name was Kirstine (Andersen) Christiansen.

Ole Kirk’s products were made of wood, and the primary cash inflow was brought by selling ladders and ironing boards for which demand had fallen sharply during the global financial crisis.

Ole Kirk had to find a new niche to save his business. And he found it in the production of wooden toys because the demand for them continued to be unabated even during the hard economic times. Ole Kirk’s principal assistant was his son, Godtfred Kirk Christiansen, who started working with his father at the age of 12.

Having launched a toy production, Christiansen started looking for the name of his company. He instructed all employees of the factory to suggest a future company’s name. There were many ideas, but in the end, he chose the name that came up with himself – the word Lego, which is derived from Danish leg and godt, which together mean “play well.” A few years later Ole Kirk learned that the phrase Lego means “I put together” in Latin. Obviously, awareness of this fact had a serious impact on the future history of the company.

When they just started, only 7 employees were working at LEGO; they were all enthusiastic carpenters who derived great pleasure from creating new things and cared about the quality of products. Ole Kirk Christiansen had a personal motto – “Der bedste er ikke for godt” or “Only the best is worthy” which his son Godtfred Kirk Christiansen wrote on a sign and nailed on the wall above the employees’ jobs places.

By 1936, the company had a set of 42 different toys. All of which was not the cheapest pleasure (LEGO constructor sets are now as before are quite expensive). However, the company was still engaged in the production not only of toys but also of other wooden products.

In the 1940s, there were many changes that influenced the history of the company. First, the only single LEGO factory and warehouse burned down. Immediately after the restoration, it became apparent that LEGO would deal only with toys. A number of workers continued to grow, and over the years it reached 40 people in 1943. One year later, in 1944, Ole Kirk Christiansen finally officially registered the company and called it “LegetOjsfabrikken LEGO Billund A/S.”

In 1947, Ole Kirk and Godtfred got samples of plastic self-locking building blocks, manufactured by Kiddicraft. Those building blocks had been developed and patented in the UK by Mr. Hilary Harry Fisher Page, a child psychologist.

LEGO gradually began to move away from the wooden products for plastic. Therefore, in 1947, the Christiansen family purchased the biggest injection-molding machine in Denmark, which allowed them to start mass production of these toys. It must be said that the injection-molding machine cost them as much as 30,000 local crowns, which was a lot of money at those times. For comparison, an expensive toy cost 36 crowns at those days.

In the late ’40s, the company had a stock of over 200 different models of plastic and wooden toys. But LEGO still was not the company that is known today for its unique sets. In 1958, after father’s death, the third son of Ole Kirk, Godtfred Kirk Christiansen, inherited the company patented modern brick design. The modern Lego brick was patented at 1:58 P.M. on January 28, 1958. It was an entirely new system, which allowed interconnecting bricks much stronger. By the way, the bricks from that year are still compatible with modern bricks. It was in this year that the LEGO company decided to market all “non-brick” LEGO products under the BILOfix brand.

On February 04, 1960, the LEGO division for wooden toy manufacturing was struck by lightning and burned down. It was another fire that happened at the LEGO factory. Soon it was decided not to renew the wooden toy production and concentrate solely on plastic toys. By that time, LEGO was already selling more than 50 types of different sets in many countries around the world. In 1962, LEGO opened its own airline company in Billund, Denmark and LEGO construction sets began to be imported to the United States.

Undoubtedly, access to this extremely profitable market was a significant event for the Danish company, which sought to increase sales of their toys in the world. Two years after LEGO started to enclose brief assembly instructions to its construction sets, which had a short step by step tutorial on how to build a model depicted on the packaging. And soon, assembly instructions became an integral part of each LEGO construction set.

In addition, the company started to work more closely with customers, and as a result, it helped them to improve the quality of sets. LEGO was one of the companies that used a customer-centric approach and surveyed customers about their needs in toys. Only after an in-depth analysis, they began to develop new products. Such cooperation has resulted in the emergence of the successful widely sold toys – LEGO train sets.

Needless to say, that by the mid-’60s, more than five hundred people were employed at the main LEGO factory. Moreover, the company did not cease to evolve.

In 1963, cellulose acetate, the material that was used to produce the LEGO building blocks, was replaced by acrylonitrile butadiene styrene (ABS plastic material) and it is used until present times. ABS plastic material is non-toxic, less prone to discoloration, and deformation of the material; it is more resistant to an aggressive environment and heat than cellulose acetate. LEGO bricks made of ABS plastic in 1963, still keep their shape and color after 40 years, and also thoroughly interconnected with the building blocks made these days.

The Rapid Development of LEGO

Speaking about the LEGO products in those years, it seemed that the company was focused solely on the male construction sets. But this is not entirely true, as the toys designed for girls were also available in the assortment of LEGO. For example, in the 70s, they produced dollhouses with furniture. Although, even today, most of LEGO sets are created with a focus on the male audience. That is not discrimination, but the fact is that boys enjoy playing with a construction set more than girls do.

The famous logo of LEGO was designed in 1973, which today is known to most people on the planet. In 1974, there were designed LEGO figures – the LEGO family. This set brought the company a big success around the world. In the same year, there was an opening of the factory LEGO AG in Baar, Zug, Switzerland. First LEGO products were produced outside Denmark (In 1992, the name will be changed to LEGO Produktion AG).

In 1977, the LEGO Group was led by Ole Kirk’s grandson Kjeld Kirk Kristiansen. By that time, the LEGO Group was producing a lot of different sets for all tastes. And the first truly thematic set of LEGO appeared in 1979, and it was called LEGOLAND Space. It inspired LEGO designers to release thousands of sets on different subjects. LEGO Space sets were just the beginning for LEGO, but the very successful beginning.

LEGO types of products were growing by leaps and bounds. But most important was that consumers loved the products of this company. They were really original, attractive, and exciting. In 1980, LEGO fans expressed their love for the

company and built a huge tower of 13.10 meters of LEGO bricks. Impressive, isn’t it? But do not think that this was the highest tower. Not at all! In the late ’90s, there was built another LEGO brick tower in Moscow, and its height reached 24.88 meters. It entered the Guinness Book of Records. And in 2008, the company made another the tallest tower of LEGO in the world in the Legoland Windsor theme park in the United Kingdom. It was constructed of 500,000 LEGO bricks of 30.48 meters high. In 1986, LEGO Group became a supplier of toys of The Royal House of Denmark. And as you guessed, the honorary title is the best advertising for the company.

In the 1990s, LEGO kits had a high demand over the world. And of course, the market was not without fraud, like Atko. However, Atko toys looked different from the original LEGO sets and had much lower quality.

In 2003 the company was under protracted crisis. Construction sets lost its appeal due to the omnipresence of computer games. New CEO Jørgen Vig Knudstorp, totally refocused the strategy of the company and moved annual production of 19 billion bricks to lower-cost countries. He also launched a branch of digital design software and the creation of interactive games, such as Star Wars for the Wii or an online Mars Mission game for PC.

Another online game Lego Universe that debuted in 2010 encourages teamwork and lets players order building kits according to their virtual designs. “We’re about many more things than just a set of bricks and a box,” Knudstorp said. “It’s about everyday people getting incremental new ideas.”