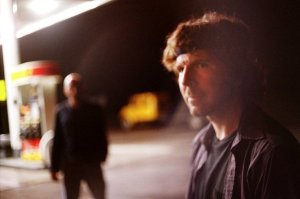 Jeremiah Kipp is a New York-based filmmaker who works generally on surreal and mysterious films that might be categorized as horror. Jeremiah agreed to give us an interview about his creativity and it’s a very great honor for us to share this amazing story with you. Enjoy reading the interview with Jeremiah Kipp and watching Jeremiah Kipp short movies.

AP: Hey Jeremiah, we are very glad to see you here and very thankful that you could find the time to give us an interview about filmmaking. Could you please tell me what got you started?

Jeremiah: When I was twelve years old, my grandparents purchased a VHS camcorder to shoot family gatherings and weddings. But it wasn’t long before I was assembling my friends and making zombie movies in the backyard. We even made a three-hour version of Stephen King’s post-apocalyptic novel THE STAND. The films were amateur, and none of us knew what we were doing, but I managed to cut together a convincing three minute reel that enabled me to get art scholarships and grants. That led me to go to NYU film school. I’ve lived in the Big Apple ever since, and have managed to sustain myself exclusively as a filmmaker since 2005. There have been many inspiring figures along the way, and it’s been a privilege to have received advice and support from meaningful directors such as Larry (THE LAST WINTER) Fessenden, Michael (NADJA) Almereyda and Tom (WHAT HAPPENED WAS…) Noonan. New York has a tremendously supportive filmmaking community, which I think has to be because making a movie, any movie, is a struggle.

AP: What an amazing start! That’s wonderful that you have such a tremendous support from many meaningful directors. Do you have any formal education in stage direction or were you self-taught?

Jeremiah: My formal education was through NYU, but I have to admit most of my knowledge was gained on the job. When you’re thrown out there into the world, you have to find your way. With the technology we have now, it’s entirely possible for new filmmakers to make a bunch of lousy movies and post them on Vimeo. If they receive truly honest feedback from their peers and mentors, they can grow. In this way, I think we’re all self-taught. It’s wise to get on as many film sets as possible and see how other directors work; and I also served as a dramaturge to a few avant-garde theater directors at LaMama ETC downtown where I picked up other techniques. It all helps. School is valuable, and I don’t regret it, but it’s nothing in comparison to the harsh realities of working out in the field.

AP: I agree with you that self-taught experience is the best experience. What genre are your short films? Do you like working in some specific genre? Or do you prefer genre experiments?

Jeremiah: The idea of genre experiments sounds exciting, where the lines are blurred. I’ve worked in many different genres, though I find myself often returning to horror. Through horror, we can achieve metaphor. In real life, it’s nearly impossible for us to comprehend the death of a loved one, or the pain of divorce or separation. But the horror film shows us someone transforming into a gigantic fly, or shows a couple literally tearing each other apart. In this way, the horror film is poetic. It enables us a way of interpretation. That said, I’ve also worked on absurd comedies, on naturalistic dramas — it really all depends on the job. 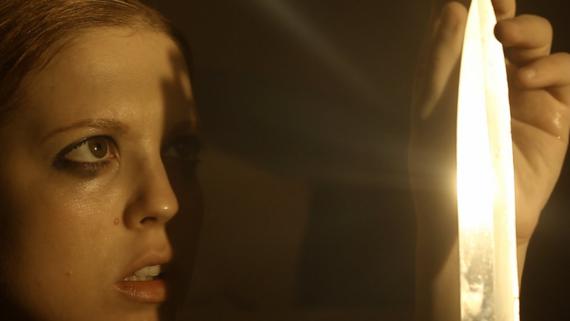 AP: That’s a very beautiful description of horror genre. How would you describe your movies? Can they be characterized as unique or unusual?

Jeremiah: Some colleagues have referred to my work as being “beautiful macabre”. I’m terribly inspired by the work of artists such as Edvard Munch, Gregory Crewdson, Alexander McQueen, whose work is aesthetically pleasing but taps into something that stretches us outside of the normal. Call it “reality plus”…

AP: Jeremiah, What kind of equipment and techniques do you use to make your short movies? Describe us a bit of your creative process.

Jeremiah: The films are, for the most part, either shot on the Canon 5d, the Scarlet or on the RED. It depends on the budget, and also the nature of the project. One can move much faster on the 5d, but that isn’t always the objective. You can get a stronger resolution on the RED, and in post-production you have more control over the final presentation of the image. A choice that seems even more important to me than format is who will be the director of photography. Most of my films have been shot by a friend and frequent collaborator named Dominick Sivilli. We inspire each other, and I really trust our intuitive choices together. There’s a strong creative foundation there. You have to remember, it’s not the car; it’s the driver. Some cinematographers can make beautiful pictures on the iPhone while others might be shooting on the EPIC and it looks like trash. All of the projects have been edited on Final Cut Pro, and once again the choice of editor is more critical than the format. Lately, I’ve enjoyed cutting with Patrick McGowan, Scott W. Perry and Anthony Moran, although I’ve also had some work that turned out beautifully that was both photographed and edited by Dominick. My technique is to hire the best cinematographer and editor for the job, then share with them reference photos or movies and talk about the project, then on the day we shoot we go out there and should feel both complete spontaneity and complete assurance that we’re all making the same movie.

AP: How did you come up with idea of “DROOL” film? What kind of message do you want to convey to viewers?

Jeremiah: There’s a performance art group in Queens called Mandragoras, and they make compelling “Theater of Cruelty” events. They were open to working on DROOL with me, and loved the Kafka-esque idea of morphing. There was something about this idea of glistening drool that felt feminine that felt like addiction or birth. The film was meant to be organic and unconventional, and experiment in form. It’s more about flying together than arriving somewhere. The Mandragoras philosophy is beautiful, and remains open to possibilities. I like the idea of the film being an open text, where the viewer can take from it what they will.

AP: Thank you for your details about DROOL. It’s very good to know the prehistory of such wonderful work. What is the formula for success in your activity? Do you participate in the contests, projects or exhibitions?

Jeremiah: The internet has been a wonderful place to freely exhibit my work. But film festivals are also a way to share the work. While I cannot travel to Mexico or Montreal or France or Bangkok, or wherever my film happens to be playing, it pleases me to know there is a way for it to be shown to an international audience.

Jeremiah: One’s creativity takes tremendous leaps and bounds depending on who is present with you in your life. Lately, I feel like my work has been inspired and affected by my relationship with a wonderful writer named Liz Donnelly. I think she’s being mortified to hear me say that, since the images in many of my films are horrific and nightmarish. But at the core of it all, at the very foundation, I believe that love is truly the most important thing. And yet love is like some kind of monster that is continually changing and evolving. It is beautiful and strange, often terrifying. That’s not to say Liz is terrifying! But our relationship, which has lasted several years now, still continually surprises me. Another essential part of my creative life is my grandfather, who seems to be a mad Don Quixote type forever chasing windmills. I’m sure he is encoded into several of my films, strangely. Maybe the fact that he was a photographer had an effect on me, and the apple does not fall far from the tree.

AP: Being inspired by someone, can lead us in the most unexpected places in our lives. Could you please give any piece of advice for those who try to discover their talent and cultivate it?

Jeremiah: My advice would be to start making things, and to fail often. Initially, it shouldn’t be about anything other than developing one’s voice, figuring out what one wants to say and how to say it. That can only emerge by making things and showing them to people and listening to the response, both good and bad. Cultivate honesty among your peers, have stamina and fortitude, and above all be daring and sincere.

Jeremiah, we would like to thank you for a very beautiful and truly inspiring story you shared with us. I am more than sure it will help our readers to move forward and reach new heights in their lives. We wish you continue success, great inspiration and many more other beautiful ideas.