Jakob Hunosøe was born in 1975 and he lives and works in Copenhagen. He graduated from Danish Academy of Fine Arts in 2004. Jakob have exhibited throughout Danish galleries and museum and at artfairs in Sweden and Spain. In 2009 he participated in Plat(t)form 09 at Fotomuseum Winterthur in Schwitzerland. In 2007 he released the book Episode, which was rewarded Best Books of 2007 and was exhibited at The Danish Museum of Art & Design and at several book fairs in Europe. Jakob is represented by Peter Lav Gallery in Denmark where he has shown three major solo shows: Out of the Ordinary (2006), Full Moon Mirror (2007) and On Things Ordinary (2010). You may check out his website for information on new shows and activity. 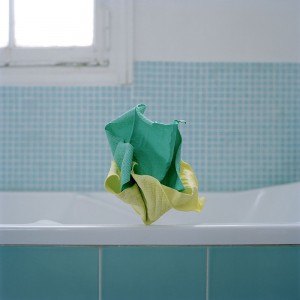 AP: How would describe your first photos. What did they look like?

JH: After I obtained my Master’s degree I had some sort of disbelief in my way of working with art. And I figured out that I had to reinvent my approach to photography. I felt I still was walking in someone else’s footsteps. Then I started arranging objects in my immediate surroundings. Suddenly there was a joy to creating that I had not felt before.

AP: Do you have any formal education in your sphere or were you self-taught? 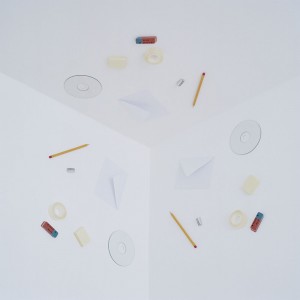 AP: What genre are your photos? How would you describe them?

JH: Photography and video is what I focus on right now. I use the photographs as an instrument to uncover new meanings in our immediate surroundings. Using simple artifices, I try to add a poetic and humorous dimension to our everyday surroundings.

Two identical wash hand basins with identical objects reflect their blue colours in each other. A volleyball seems to be floating weightlessly above the floor. Green feathers fall from the sky.

Everyday life is the focal point in my photographs, though the reality, they portray full of extraordinary effects. Ordinary objects, such as chairs, discloths, bookshelves, kitchen utensils, bathroom interiors, rackets and tools, appear in unexpected and surprising constellations.

No digital manipulation is used. Daylight is the only light source and my own staging of the expositions in front of the camera; the photographs are merely moments that take place in front of the lens.

AP: What kind of equipment and techniques do you use to create your pictures? 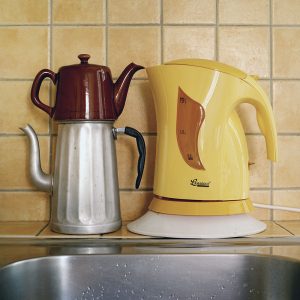 JH: I work with a Hassleblad medium format camera.

AP: Is there anyone who supports you in your creativity?

JH: My friends and family all support and respect what I do – some of them even like my work!

AP:What is the formula for success in your activity?

JH: I hope that interest in my work will spread as I keep producing and exhibiting. I get quite a lot of interest through my website. I hope that will lead to more exhibitions abroad.

AP: Would like to wish something to your readers and AstrumPeople?

JH: Take your time – especially when dealing with art.