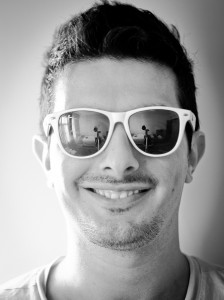 Today we’ve prepared an interview with Berat Serdar Akdeniz. Serdar is a film photographer. In the modern digital world it is rareness to find somebody who shots on film. “Shooting on film is sometimes much more easier and funnier than using photoshop”, – Serdar says. Serdar Akdeniz was born in Ankara in 1983. He studied dentistry in Ankara and came to Samsun for studying for his PhD degree, where he also works as a research assistant. Below you will read  an amazing story of Serdar’s life and his approach to photography.

AP: Your first works. What did they look like?

SA: I used to draw and paint since a young age; I started photography at a relatively older age. I started to get involved seriously with photography when I was studying at university, it was then when my father gave me his own camera. I first started shooting on film, mostly black and white. I had some ideas about composition from my previous painting experiences. Black and white photography helped me a lot in improving my skills in composition. When I look at my older works, sometimes I get surprised about how obsessive I was about the composition. I still work so much on composition, because, I think, at the end, a good composition makes a photo worth looking.

I love travelling; consequently, I travel a lot. It was my chance to have been grown in a country like Turkey, a country which holds numerous cultures and different kinds of undiscovered natural beauties, many different things to work on. Nature is the point of origin in my photography. I saw abstract natural sceneries which are beyond the contemporary modernist designs, and that made me think about I could find nearly everything for my photography in nature. I started to get involved in nature sports in university, this made me put a new dimension on my photography, seeing places a few people may have seen, shooting photos of places from angles no one may have shot before; this was a real excitement for me.

AP: Do you have any formal education in photography or were you self-taught? 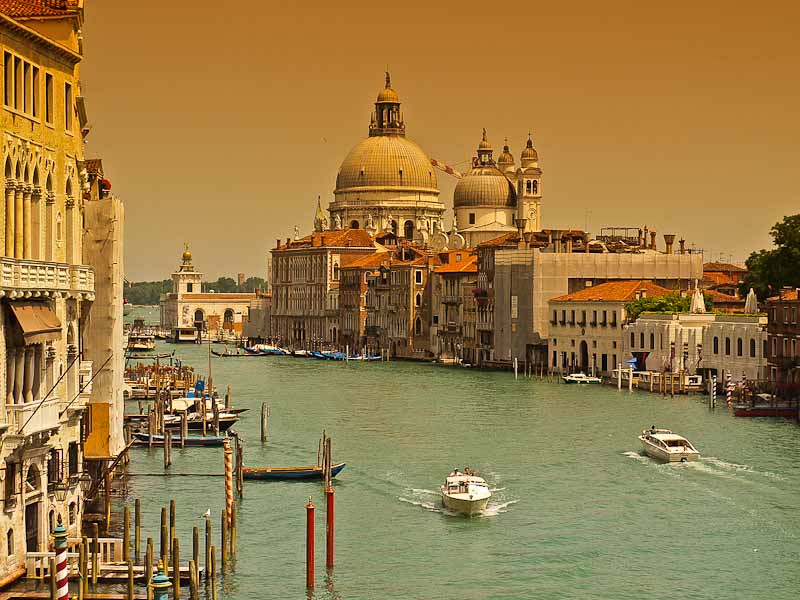 SA: I think my biggest chance was to be a member of a family full of photographers. I am the third generation of photographers in my family, though, my grandfather and all my uncles and most of my cousins are pro, I chose being an amateur just like my father.

I used to work in my grandfather’s studio in summer holidays when I was a kid. I learned all about the films, the light room, the light and of course the Photoshop in there. Then my father, who is one of the best photographers I have ever seen, told me about using the camera, but I learned the rest by reading. Internet is a great source of learning and muse, if you know how to use it. It is amazing how one can find nearly everything about photography on Internet.

AP: What genre are your photos?

SA: I always had the desire of taking photos of things in a way no one else ever took; my photography depends on experimenting new things. I always try learning new techniques. Shooting the same things that you see everyday seemed boring to me.

I would love to shoot good photos of people, just like my father did, if I could, but I can’t. It is because I think the human figure somehow “pollutes” the composition. It attracts so much attention that one should be very careful in positioning the human figure in photos; otherwise, all the meaning may be lost. Until the time I learn positioning it, I will keep using less of people and much of nature itself in my works. 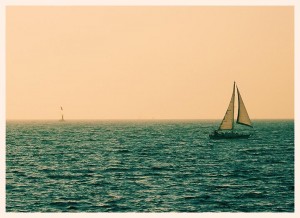 AP: How would you describe your works?

SA: When I had my first digital camera, I found some colorful cross-processing effects for Photoshop. I used them very frequently like everyone else did, and thought my photos were unique, just like everyone else did, until I “really” started cross-processing. Coming to Samsun was a real breaking point in my thoughts, not only because this city had an amazing nature, it was also because I found hundreds of free expired positive films which I was going to start experimenting with. I think the unexpected results in these films made my works unique. Even I cannot repeat the same outcome once again. The feeling with the film is an addiction, which cannot be overcome with the highest tech-gear you can ever have. It is also funny to see the expression on people’s faces when the photos they think were digitally manipulated turn out to be shot on film and the ones they think were film turn out to be digital.

AP: What kind of equipment and techniques do you use to create your pictures?

SA: At first I used to manipulate my digital photos a lot, I mean quite a lot. After seeing the results from films, I thought that no Photoshop technique could even get closer to the real taste of films. Nowadays I use Photoshop less in my digital photos. I love using old stuff, not just old expired films, also old cameras (mostly previously owned by my father and grandfather) I have more than ten cameras, most of them are analog cameras, and oldest one is about 60 years old. I use old manual lenses on my digital SLR camera. Their quality is amazing compared to their cost. I use digital cameras for long exposures especially, but I do not have a choice of gear, I love taking photos with any gear I can find at that moment, an SLR, a cell-phone or a pin-hole camera does the job. I am trying hard for not being a slave of my equipment. 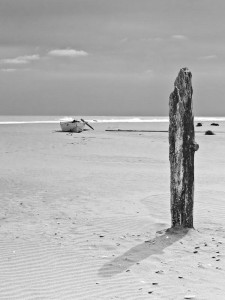 SA: I am still experimenting things on what I do. I think this does not make me an expert. I see myself as a curious guy who loves taking photos. If being a professional is earning money from my works, then, I am not a pro, though; I sell my works, especially my paintings. The customers have been my friends and they pay the price as a dinner or a night out. Sometimes I give my photos for free too.

SA: I work hard, I travel a lot to see new things. My grandfather once told me to carry my camera with me wherever I go. I do what he said. My friends generally get bored as I stop them to take photo of a good landscape I saw, but I don’t care spending hours near a tree or a rock in the beach. Besides working I read a lot about photography and new techniques.

SA: My parents and relatives support me in photography so much. Whenever I have an exhibition, I still send the photos to my grandfather’s studio, which is about 1000 kilometers away, to get them printed and get his thoughts.

AP: Would like to wish something to your readers and AstrumPeople?

SA: I could only tell them to never stop trying. There are still many things to be discovered when it comes to photography, it is nearly an endless area to work. No one should be afraid of failure, sometimes failure is a better teacher than success. I once had some shots of a beach with film and then I found out that the lens was broken. I cross processed the film, I was sure that the photos were going to be useless, but I saw that the broken lens has given an effect which was very original and these photos are now among my most favourite ones.