Today we’ve received a success story from a talented artist Ajay Garg who comes from India. Enjoy reading a short biography of Ajay Garg and viewing of his beautiful paintings. 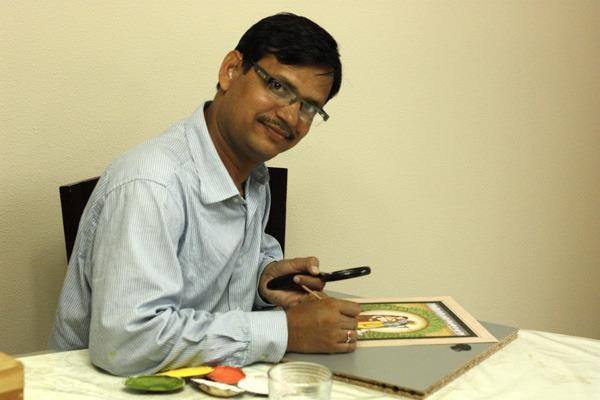 Ajay Garg, born Shri Ajay Kumar Garg, is a very talented artist based in Jaipur, India. As the result of an injury he suffered at 3 years old, Ajay received a treatment that left him permanently deaf. His parents noticed shortly after this sad event that Ajay seemed happiest when he would paint using a paint set that was gifted to him. Ajay’s father saw that he showed talent in painting so when Ajay was 5 years old, a court artist of Dholpur (Rajasthan), Shri Sua Lal saw his painting and was very impressed with his work. Shri Sua Lal then took Ajay under his wing and his art training begun. 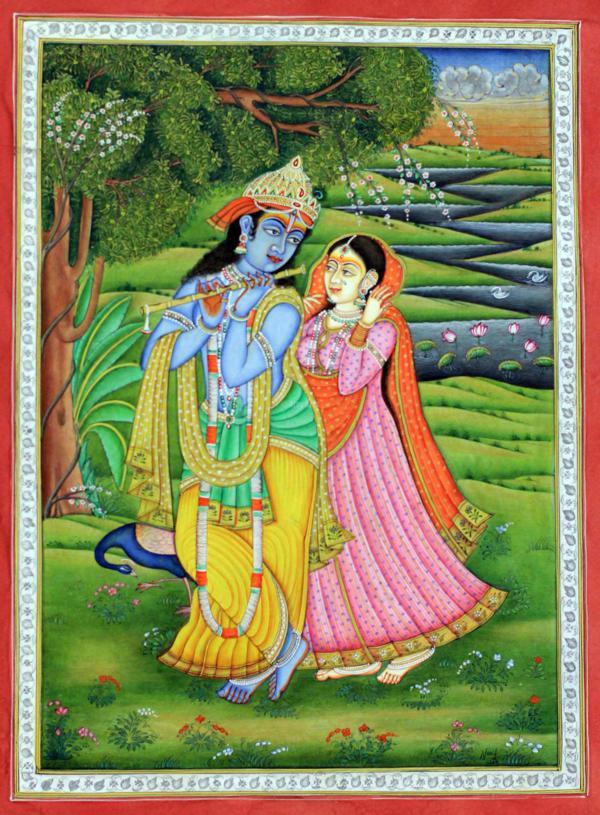 After finishing his education, Ajay tried his hand at being trained in the field of Tailoring but that didn’t make him happy so he went back to painting which led to him being an apprentice of Asha Devi of Jaipur who taught Ajay the old and dying technique of Traditional Indian Miniature Painting. He also learned the technique of preparing colors and brushes and later gained the full knowledge of paintings becoming quite an accomplished artist in the miniature style of painting. Ajay uses a magnifying glass and a single-haired brush to create his miniature paintings that depict both traditional and contemporary aspects of Indian culture. In addition to his paintings on canvas, Ajay is gifted in the practice of creating images on single grains of rice.

In 1991, Ajay started exhibiting his work and during his first exhibit he sold 144 out of the 150 paintings shown. His second exhibit was in 1992 and until 2004, he continued to show his work throughout his home country, the United States and the United Kingdom. In 2004, Ajay was awarded a national award of accomplishment from Indian President, Dr. A.P.J. Abdul Kalam. In 2012, Ajay and his family came to the United States for the second time to exhibit his work in Portland, Oregon and Seattle, Washington. 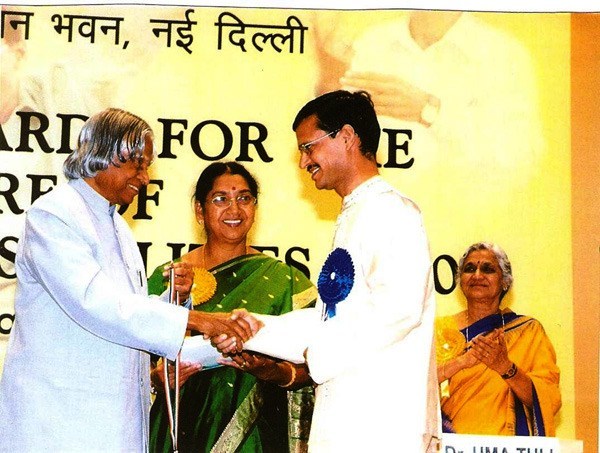 Ajay is very actively involved in the welfare of the Deaf community in his home country of India and has been the executive member of the Deaf & Dumb association in Rajasthan. He also gives free training to hearing impaired children in Jaipur as well as children in an orphanage in Gandhi Nagar, Jaipur. One of Ajay’s current goals is to expand his artwork to people who are lovers of the dying art of traditional miniature Indian paintings. Ajay is in the process of creating a website to better showcase his work online. Please see three examples of his work on this page titled: Indian Gypsies, Krishna and Balram Returning Home After Herding Cows and Lady With Lions.

This story once again confirms that when believe in yourself any of your dreams may come true. We hope you’ve enjoyed reading a success story and a short biography of Ajay Garg. To learn more about Ajay Garg paintings please visit his Facebook page. 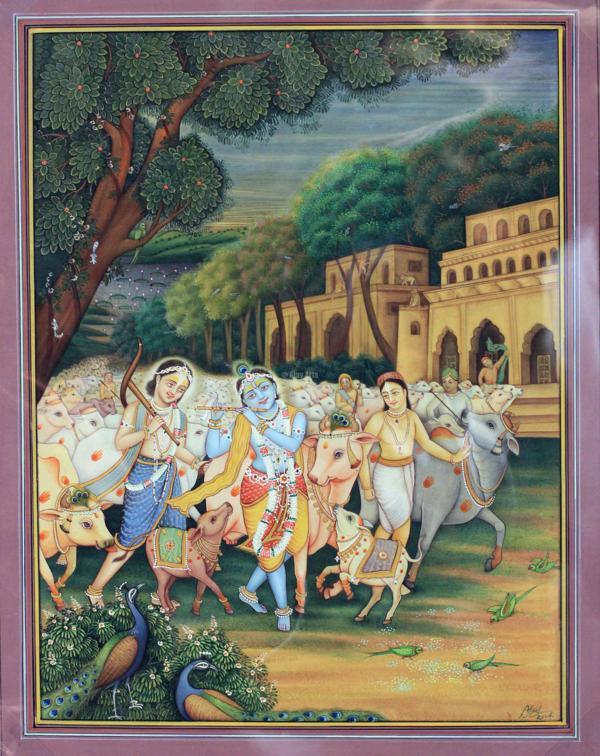 Krishna and Balram hearding the cows in the evening 10.25×13 inch 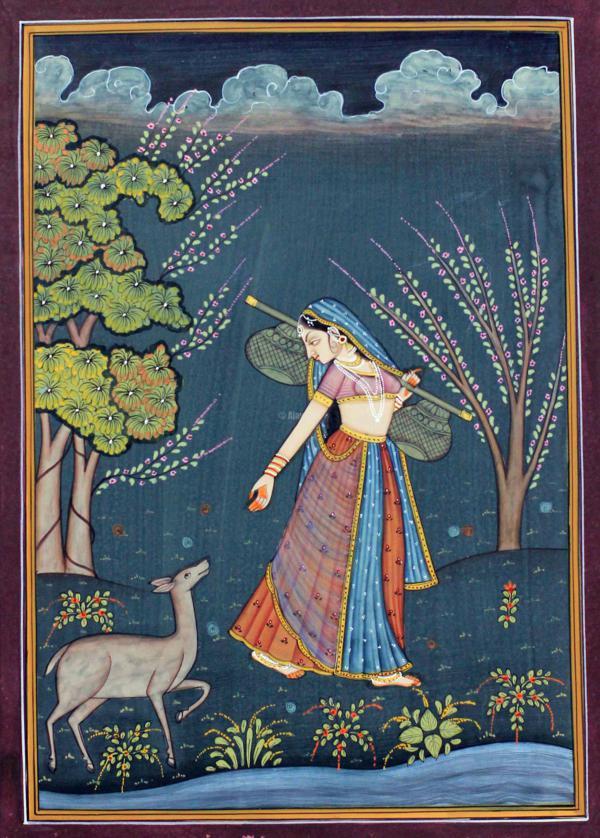 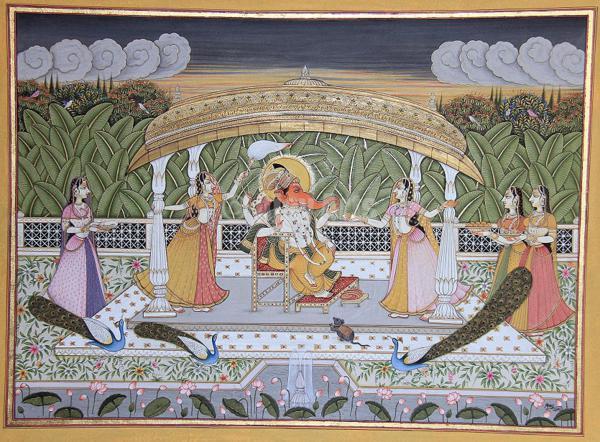 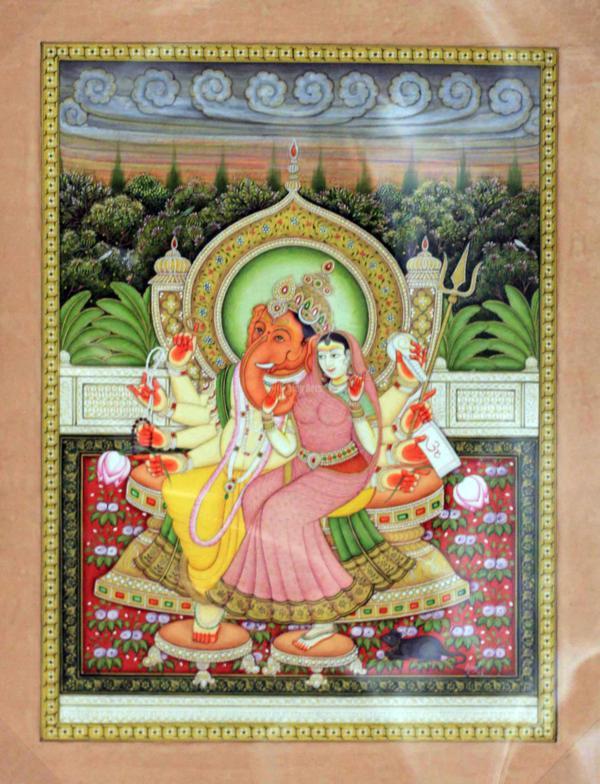